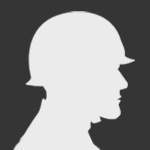 By Who Dat,
June 14 in ARVN/SOUTH VN FIELD EQUIPMENT