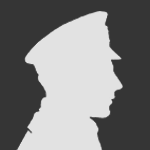 By Fortunes Of War,
May 4 in JPN FLAGS & PATRIOTIC ITEMS